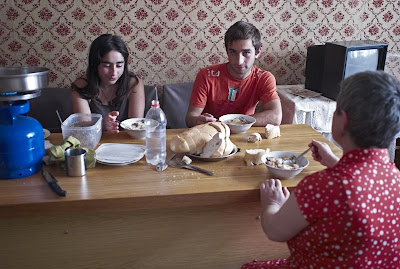 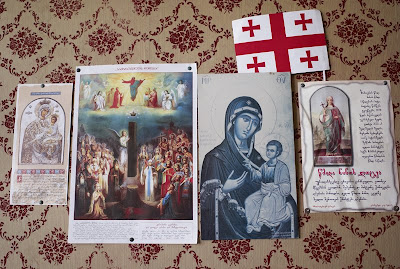 GEORGIA. Tbilisi. 25 August 2008. Gaioz Jakhveladze, his sister and his aunt in one of the camps for internally displaced persons (IDPs) set up in Tbilisi. They have been in this shelter for 17 days, fleeing from the Kareli village (about 15km west of Gori) due to the advancement of the Russian army. The Georgian government is attempting to locate the IDPs back to their villages once they have been cleared of mines and provided the Russian army has left. As of now, the Russian army is still in Kareli.
Posted by rupert beagle at 7:34 AM